Underwater shipwreck. On the evening of the 23rd of May 1930 as the shrieking of the wind wove through the village of Saint Bjož a ship’s siren was heard. To the astonishment of the villagers a massive cargo ship has struck the nearby inlet of Mali Barjak. A child was sent to Komiža to inform the harbour master of the unfolding tragedy and ask for help.

In spite of the storm and the approaching dark a local fishing boat, powered only by wind and the strength of 8 man who battered the raging sea with their oars, set out from Komiža in a matter of minutes. In great personal peril the fisherman/rescuers tied a line going from the floundering boat to the nearby inlet, as the operation was completed all crewman disembarked the ship carrying the unwilling honorary passenger in their hands, the ships cat. Due to the bravery of simple fisherman a tragedy was averted, Teti itself, after a few unsuccessful salvage attempts, was left to the mercy of the sea throughout the second world war and was finally sunk following a strong storm sometimes during the Italian occupation of the island.

Teti was old at the time of the sinking, laid down in 1882 in Hoboken, USA. During its life, it changed names 6 times and ended up being owned by a Italian steamer society from Ravena. It was manned by a capable and well respected crew and the cause for the accident remains a mystery.

Teti rests at a depth ranging from 8 to 30 meters. Accessible only by boat it is still one of the biggest underwater attraction on Vis island, inviting both the recreational and technical divers.

The visibility is often more than 20 meters revealing the abundance of fish life circling the wreck.

As we start to descent along the anchor line we see the devastation years on the rocky island has wrought on the ship. Steel plates litter the bottom, ripped and scattered like from a child’s tantrum. A closer inspection shows traces of the ship’s cargo, granite blocks used to rebuild roads after the destruction of world war one. The wooden decking has long been obliterated by a combination waves and tiny worms that burrow in submerged wood. Following a small incline, we reach the ship’s middle, first reaching the well-preserved steam boiler, now adorned with sea flowers and small moray eels. After that we reach the engine, a monolith overlooking the wreck. For all technical enthusiasts, it shows the intricate parts that pushed the 900-ton ship through the world’s oceans. The deeper we get the boat shows more of its original form, right after the engine we see the remnants of the engine room. Even deeper we start seeing the metal decking and the remains of the steam derricks and cargo pulleys. The cargo area is intact and holds a large amount of the granite blocks that we found in the collapsed front portion of the ship.

This is where the really beauty of the wreck shows. The stern is completely conquered by the sea life. Countless sponges of all colors cover the ships wheel and railings, and miniature nudibranchs offer great opportunity for any underwater photographer looking for a macro model.

For those interested in fish life everything can be encountered at this part of the wreck, from conger eels swimming around you like a excited puppy to moray eels, more catlike in their approach. Dozens of species of small fish ranging from the common sardine to the tropical parrotfish swim at an arm’s length from the divers. Not every creature is so interested in the divers, the red scorpion fish does it’s best to hide from the divers, camouflaging itself perfectly. The common forkbeard tries to hide in the shadows and needs a knowledgeable eye to be found.
We end the dive at 30 meters, holding the old-school ships wheel with a beautiful sandy backdrop.

Owner of the Diving Centre and World champion freediver

The facts that the owner of the Diving Centre Veljano Zanki is a native of Komiža, world champion freediver, and is familiar with the local waters more than... 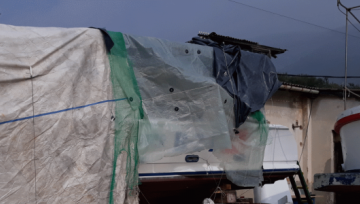 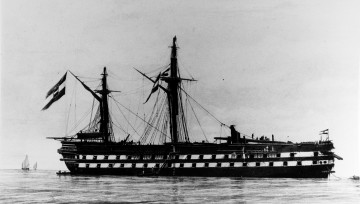 News The last ship of the line 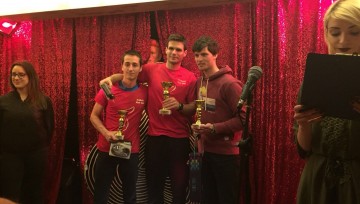 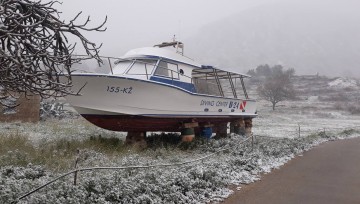